Menopause is an irreversible process which is part of the general aging process of the organism, affecting the reproductive functions and after which menstruation stops in women. Climacteric period is characterized by hormonal changes and cyclical symptoms, which occur from the start of the alterations right up till one year after menstruation stops. Perimenopausal period (climacteric period) starts years before the last menstruation. Menopause is the period of the absence of menstruation within twelve months after the last menstruation. The appearance of menopause is characterized with a lot of diversified symptoms, which include: absence of regular menses, vascular disorders and urogenital symptoms such as vaginitis, pain during sexual intercourse, sleep and mood disorders.

The treatment of menopause is usually complex. 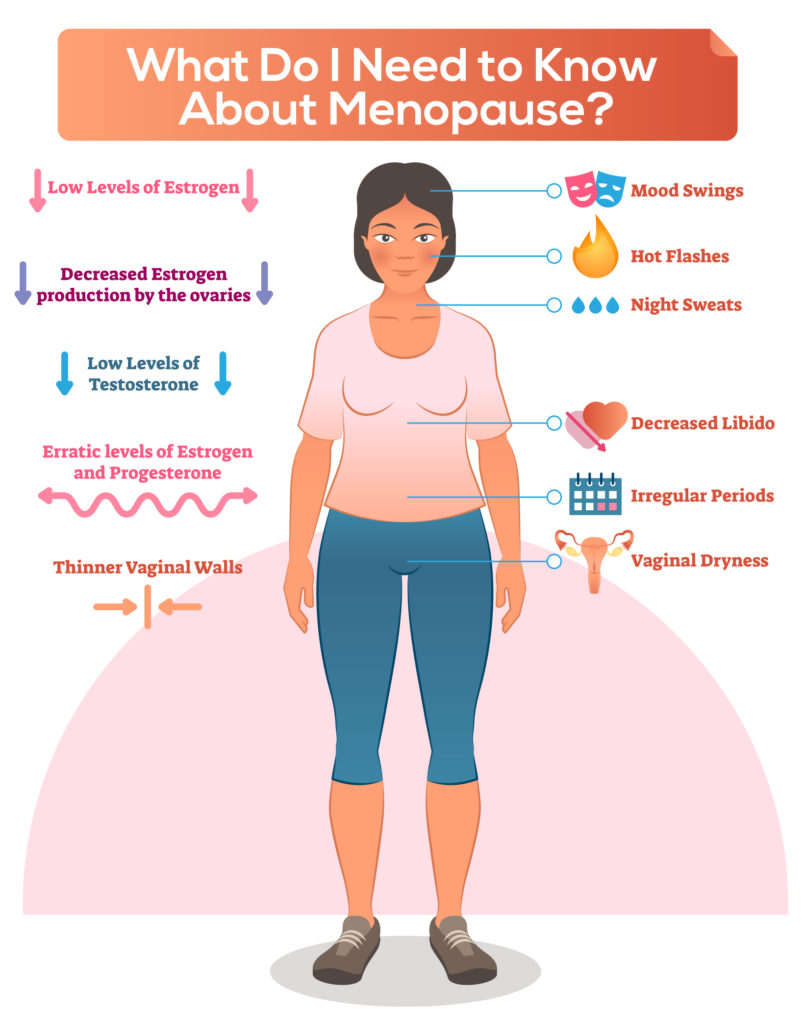